The time has come, Season Two is coming to an end. Over the past year, you have once again proven how amazing you all are at building the most impressive towns, grinding to the maximum job levels and being a fantastic community day after day. After a recent poll, it was made clear that over 75% of the community is in favor of a reset as long as they are not too frequent. We think we have done a good job over the past few years to make sure these do not happen too frequently. We always make our resets justified and never “just because we can”. This time is no different. As you probably know, Mojang has released 1.19 while our server is still running 1.17. For the past year, we have not had the benefit of playing in the new terrain and this is finally changing.

Season 3 is finally here and so is the new 1.19 world generation. Grand mountains, epic caves and deep dark ancient cities haunted by the warden! But not only that. We are also bringing back the End Dimension as well as a new Resource Nether. But before you travel there, you will arrive at the brand new server spawn. Can you find all the easter eggs? When exploring the new spawn you will notice two new NPCs which brings us to our next point.

| The quests overhaul.
In season three there won’t be a huge list of quests. Instead, there will only be 25. However, these 25 quests will change every month. By completing quests, you will receive quest crystals. Quest Crystals can then be used to shop at the Quest Merchant. The content of the Quest Merchant will also change monthly. 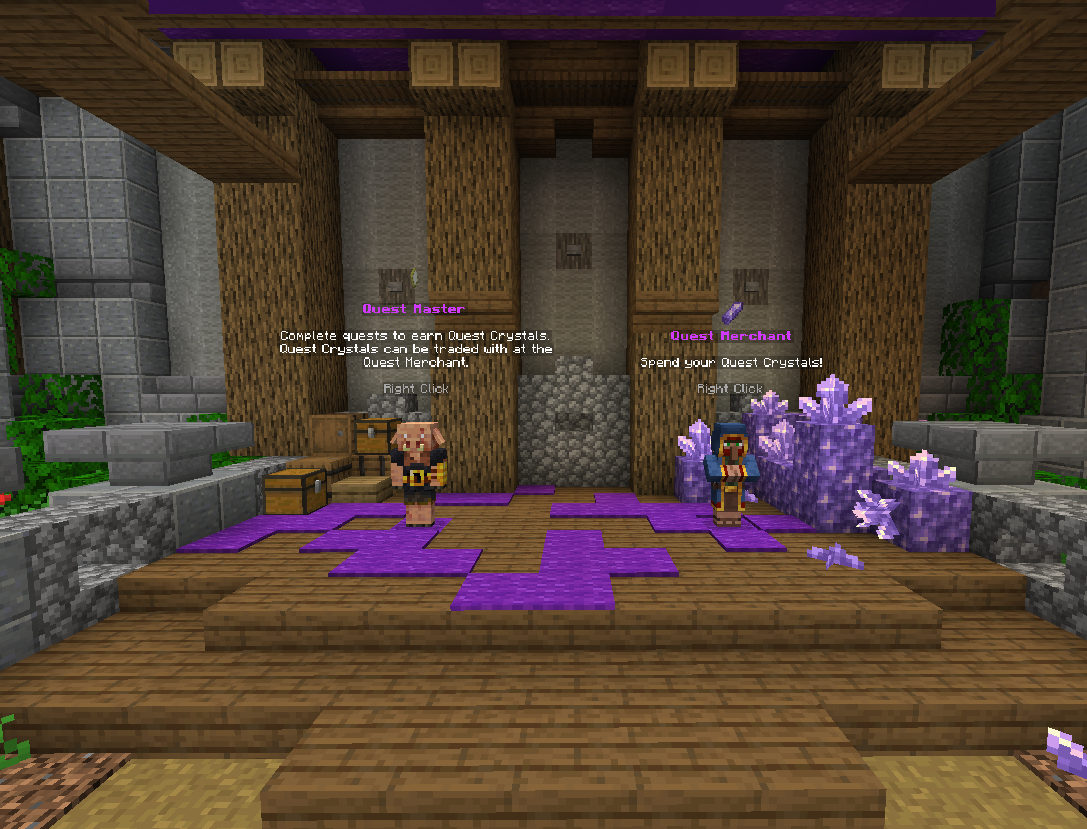 | Relics overhaul
Yeah, that's right. This time around we want to try something new. You will no longer be able to find Runestones on the server. Legendary Tier is no more. Relic Fragments, Mithril Core and Mithril tier stays. Though, we have removed some of the old Mithril items and replaced them with brand new ones! There will be over 300 unique mithril items each with a unique texture. Additionally, we are introducing two new items and two new tiers.

Historical Codex
The historical codex can be found by killing monsters or cracking open gemstones.
This item can be used to reveal the secret a begrimed item may hold.

Begrimed Items
Begrimed items are items that hold a secret. They can either result in an Antique or a Rusty item.
Just like the Historical Codex, this item can be found by killing monsters or cracking open gemstones.

Antique Tier
In a very similar fashion to season two’s legendary items, this item will be randomly generated. It has a pretty good chance to be a tool or armor with very good enchantment levels.
These items can be obtained from Antique Essences or by using Historical Codexes on Begrimed Items.

Rusty Tier
Works the same as Antique Tier with the only exception that these items are not as good.

In addition to all the above, we already have some plans for some new utility items to come in the near future.

Yeah, you read that right! A brand new job was added to the list. The Arcanist Job. This job allows you to make money from brewing potions and enchanting items. However, unlike the other jobs, this job has no perks yet. In the first 2 weeks of Season Three, we want to host a small little brainstorming session with the community about what these perks could potentially be. You will be able to discuss this in the Suggestions channel on Discord.


| Resource Pack Updates
From now on, you will be forced to use our server resource pack. This gives us the ability to use cool chat prefixes, emojis, custom menus, custom armor and stuff like this:

You will not be able to play StickyMC without the resource pack. We still don’t adjust vanilla behavior. We have other stuff planned with the resource pack in the future but we had to get this one out there before we continue the said endeavor.


| Extra
Another small change is that, from now on, you can use /toggleframevis to toggle item frames invisible. These invisible item frames will become visible again as soon as you remove the item.

| What does this reset mean?
We will reset the server so that everyone starts from scratch again. Money, Items, player vaults, Ender Chests, Job Stats and any other in-game being will not be transferred.

You will keep your premium rank.

However, and this is a little controversial, we will be removing chat tags. We believe our chat will look a lot cleaner without the messy chat tags all over the place. While this may come as a disappointment to some. Please understand that we do this with good intentions.

If you have purchased any tags in the past 90 days we will refund your purchase 100% or return a coupon code that you can use for the new season. To receive such a refund, please open a ticket on Discord and tag SirKillian.


When?
The server will shut down for maintenance Wednesday, July 13th. We will re-open the server Friday, July 15th. We have no exact time frame.


Last but not least…

We would like to extend a very special thank you to everyone within our community. You are the reason that we do what we do and you make the server better by being here. We have had such a wonderful time experiencing Season Two with you all & we are so excited to make new memories with you in Season Three.

hi i would like to join your server but it says i need secure profiles to join what does it mean and how can i get it?

HiMlEo said:
hi i would like to join your server but it says i need secure profiles to join what does it mean and how can i get it?
Click to expand...

Connect using Minecraft version 1.19. Also remove any mods that might be disrupting your connection.
You must log in or register to reply here.